An event is expected to occur in May 2020 that may skyrocket the value of bitcoin for a specific interval of time. Even though there is widespread public attention and media traction regarding bitcoin, but very few people and retail investors are quite aware of this event. Despite being the fact that it has happened twice before.

I’m talking about the Bitcoin “Halving.”

In this short and brief article, you can learn:

Unlike fiat currencies, which are mostly printed by the central bank of the country and whose supply is governed by domestic demand, but instead, a supply of bitcoin is governed by a pre-designed blockchain algorithm. The current volume of bitcoin cannot exceed 21 million as this is the pre-defined limit for the existence of bitcoin. Thus, we can assure bitcoin is a deflationary asset instead of an inflationary asset.

With the passage of 10 minutes, a “block” of bitcoin transactions is solved by the miners and added to the chain of the bitcoin blockchain. Bitcoin mining is a complicated and resource-intensive process as it requires a behemoth amount of energy and specialized kind of hardware.

Here arises the question – why would anyone spend his precious time and resources for mining?

The answer to this question is pretty much counterintuitive. The pre-defined blockchain algorithm will reward miners with new bitcoins. These bitcoins will automatically get added to the circulatory supply after every 10 minutes. This distribution of new bitcoin within the ecosystem of bitcoin is referred to as “Block Reward.”

After the successful completion of the first bitcoin, the block reward was 50 bitcoin. This means after every 10 minutes, somebody, somewhere will receive 50 BTC to their wallet. This rarely happened in the past when the price isn’t very high, and you can easily mine bitcoin without spending too much money on the resources.

Now another question might arise here does it mean a pre-defined blockchain algorithm rewards a guy who is running giant warehouse-sized mining rigs, with an excess amount of money? The answer to this question is yes, but to be honest, to say, bitcoin miners, do not receive adequate BTC in the form of reward as compared to the time and resources they’ve put in. Nowadays, block reward which the miners receive as a reward is 12.5 BTC.

What has happened in the past? The block reward for each bitcoin has reduced by half twice. This is the in-built feature of bitcoin and occurs every four years. It means after the completion of 210,000 blocks. Once this number is achieved successfully, the block reward for each bitcoin reduced by one half. This process will trickle down until the last bitcoin is successfully mined in the year 2140.

Impact of Bitcoin Halving on the Price of Bitcoin

The block rewarding halving seems to have a long-term positive impact on the price of bitcoin. There are already numerous theories out there to explain this phenomenon; however, one common theory that appears to be the most appealing to most of us is the supply and demand.

You might be aware of the most fundamental economic principle, the scarcity of anything makes it much valuable. The same goes here in the case of bitcoin, if the scarcity of bitcoin was happened owing to the halving, bitcoin becomes more valuable and worthy. 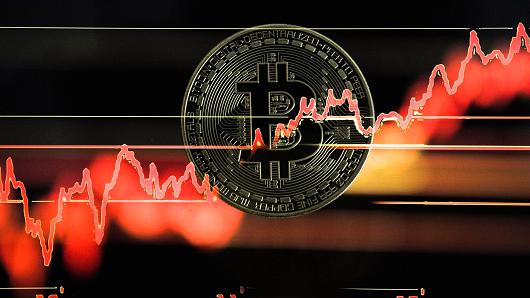 Satoshi Nakamoto explained the mindset behind the halving in this email, he asserted:

“The fact that new coins are produced means that the money supply is enhanced by a certain amount, but this uninterrupted money supply doesn’t necessarily create inflation. If the supply of money and its regular consumption increases simultaneously, the prices remain stable. If the supply of money doesn’t increase as fast as the demand for the money soars, it leads to deflation instead of inflation, and the early holders of money will experience its worth enhance.”

For instance, Satoshi launched the bitcoin network, and incorporate all the 21 million bitcoins in the ecosystem of bitcoin. If this is the case then the supply of the bitcoin outweigh its demand owing to the fact there would be very little incentive for the prices of bitcoin to go up.

After having a deeper look at the history of bitcoin, it becomes clear after first or second haling, majority of the bitcoin miners preferred to hold bitcoin and mine further bitcoin, and some bitcoin miners give up after being disappointed by the reward they receive as a result of spending their precious time and money on hardware resources and energy.

After another bitcoin having that has occurred on July 9, 2019. The price of bitcoin stayed at $580-700 for the few months before demonstrating a dramatic increase towards the end of the year. This time, crypto analysts anticipate history might repeat itself.

The statistics revealed by the CoinDesk data demonstrated that some sort of large volatility event is expected to happen within the time interval of 12-18 months after each halving. After the first halving, the price of bitcoin has increased dramatically from $11 to around $1,100, and then drop down to $220.

After the second halving, the price of BTC has increased exponentially from $230 to around $20,000. Soon after the dramatic enhancement of bitcoin price, it again climbs down to around $4,000. So what would you expect after the next halving? Neither any financial planner nor any crypto analyst can precisely predict the future price of the bitcoin, but history tends to repeat itself.

The big change that might occur after each halving is the widespread public awareness about bitcoin. Many institutional investors start expressing their keen interest in bitcoin.

Keeping all these facts in mind, any institutional investors or individual crypto investors can frame their effective investment strategy.