Whenever you hear the word Dapps, the most obvious question that might come to your mind is “What is Dapps?” Imagine you have an extra car and your car is working and transporting passengers, so in this way your car is acting as a passive source of income for you.

Similarly, the business and peoples across the globe utilized the spare capacity of your computer to perform complex computational work. Imagine a world where you would get paid for browsing the web.

The way we view the software models has completely transformed particularly since the last few years.

The advent of the peer-to-peer electronic cash transfer system bitcoin made us rethink the definition of a store of value. Apart from that, it also prophesies the world running on the decentralized applications.

Blockchain technology empowers apps. To fully understand dApps, you need to make yourself familiar with the blockchain technology. Blockchain is a distributive ledger in which data is stored in a chain of blocks and these chains are linked with each other through a cryptographic hash algorithm, and this chain isn’t stored in any central database. Aside from that, a chain in a blockchain isn’t governed by one single entity.

The new transaction gets stored into the chain in a way more robust, secure, and a retrievable way. Apart from that old transactions always remain preserved. Thus, we can say blockchain technology is transparent and resilient.

Dapps are one of the well-known open-source software that leverages blockchain technology.

As the concept of dApps is still in an infant stage that’s why there isn’t any straight forward definition of dApps that clearly defines it. Here is the list of noticeable attributes of dApps:

One of the most prominent attributes of dApps is that all of their apps are publicly accessible. So all the programmers across the globe can make changes in the coding of dApps.

As it is pretty obvious from the name decentralized application, all the necessary information is stored on a decentralized blockchain network instead of storing it on any central database.

As the blockchain is the underlying technology behind dApps, so the validators in the blockchain network must be rewarded with cryptographic tokens or any form of digital assets that has a value.

Dapps users must agree upon the consensus protocol to generate the valuable crypto tokens.

Real World Use Case of Dapps

Till now, the first well-known Dapp you might be familiar with is bitcoin. The most prominent and well-known cryptocurrency. Bitcoin resolves the centralization issue so the peoples can simply send money to each other without worrying about any central regulatory authority.

For the sake of the simplicity of my readers, I’ll be discussing the potential use cases of dApps.

Dapps can be used to simplify the money transfer process. We have already discussed a bit about the benefit of bitcoin. dApps can be used to expedite money transfer, management, and lending as it eliminates the need for any central regulatory authority to validate the transaction and enhances security due to the completely immutable consensus mechanism.

Businesses can harness the potential of dApps to streamline their current business processes and can minimize human intervention. For instance, logistic companies can make use of RFID chip by integrating it into their shipment that can be easily scanned at the destination port on which the payment can be settled by the mutual agreement of the buyer and sellers via smart contract.

Most dApps projects are geared towards money management and money transfer. For the sake of the convenience of my readers, I’ll be discussing some of the promising dApps projects that can completely transform the dApps future landscape.

Golem makes use of idle computational power in the form of Brass Golem. By developing a decentralized network, the true potential of idle machines can be harnessed by providing them the power to accept tasks from the users of the Golem network.

Status makes use of the peer-to-peer network where the users can send money to each other using the smart contract. Through the messenger system, users no longer need to worry about the server downtime as the whole system of Status is based on the blockchain peer-to-peer network.

In order to successfully run and operate the decentralized application, you need to get your hands dirty with the blockchain technology. The decentralized nature of dApps makes them transparent, decentralized, and less prone to malicious attacks. Do you think Dapps are the future of everything as most industry experts predict? Please let us know.

Advantages and Disadvantages of P2P Lending 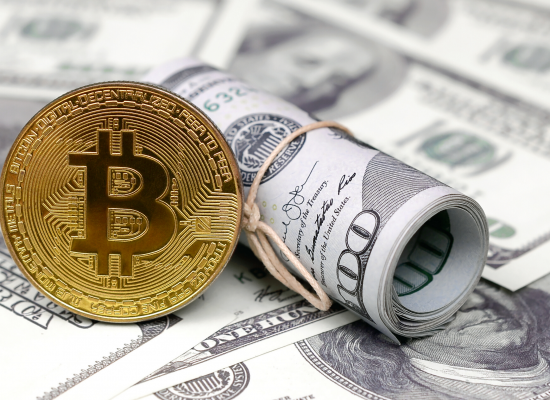